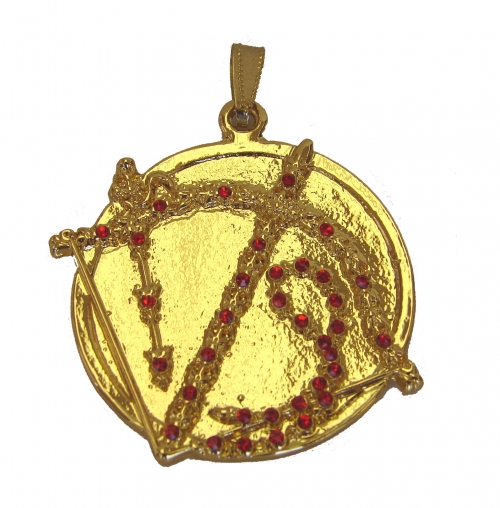 Featuring the auspicious mantra syllables and the powerful implements of the Goddess of Love and Enthrallment, this powerful golden enthrallment pendant is for its carriers to increase powers of attraction and magnetism.

Wearing Golden Enthrallment Pendant also can to transform one's aura, make one more likable and animistic to people around him/her.

For those who have to be present in public or engage in types of career required a lot of social network, this medallion is must in his/her arsenal of energy enhancement.

One can carry/wear this golden Amulet Medallion for Enthrallment throughout the year or display it in the south region of the house.

The diameter of the Enthrallment amulet itself is approx. 1.6". It is made of alloy.