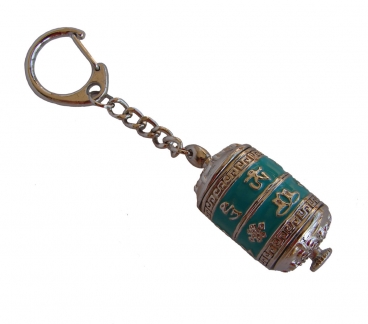 This red twirling prayer wheel has Tibetan six mantra Om Mani Padme Hum on it. Rotating the prayer wheel is like reciting the six mantra to bring good luck and keep away negative energy.

Twirling prayer wheel is known as Mani Cylinder, rolling prayer drum or prayer wheel. It is also called Mani in Sanskrit. Mani cylinder is used for Tibetan Buddhism reciting the Sixth Mantra. It is believed that the more six mantra reciting, the more devout to Buddhist Bodhisattva. Twirling Prayer Wheel is believed it can prevent from misfortune, disasters, etc.